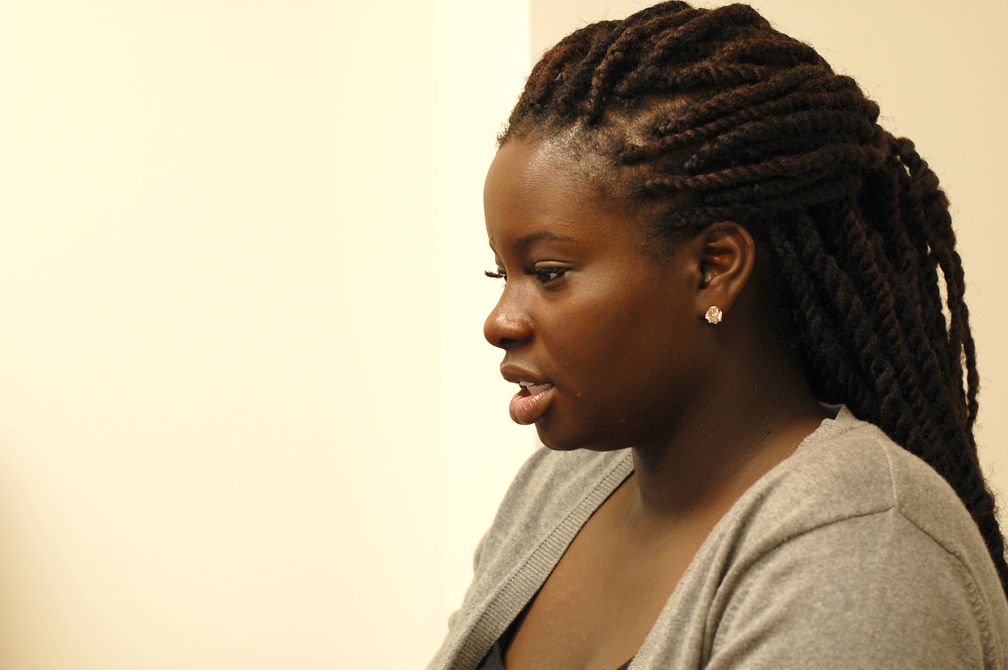 But she couldn’t help thinking, I’m surrounded by people but still alone.

Growing up, Grace’s business executive father had moved the family frequently, and Grace attests to packing and unpacking “thousands of boxes” alongside her parents and four siblings.

“Moving so often was hard,” she says, “but at the end of the day, when I got off whatever school bus I was on, I knew my best friends—my siblings—would be waiting for me at home.”

At UIS, home was a three-hour train trip away, and her parents had cautioned her about coming home too often. “It will actually make you more homesick,” they said, so Grace stayed put and did the hard work of forging a new family of friends right where she was.

It took her a couple of months, but UIS made the process a little easier because (in her words), “the campus is not too big and because UIS has such a close knit community.”

Others in her family have chosen much bigger universities, with much bigger name recognition, but Grace says UIS has been perfect for her.

“I’m glad I started here,” she says. “I have had opportunities to get involved that I just wouldn’t have had at a bigger school where it is going to be the juniors and the seniors who are the presidents of the organizations.”

In her first year, she joined the Black Student Union. As part of BSU’s executive board, she had a big role in planning events like the Open Mic Night and the Ebony Ball.

“Being in charge of anything,” she says, ” makes you grow so much as a person because you become responsible for both successes and failures.”

With all this leadership experience, Grace’s confidence as a writer, scholar and critical thinker has grown dramatically, so much so that for graduate school, she’s applying to schools like Emory, Duke and Northwestern. Her goal? A Ph.D. 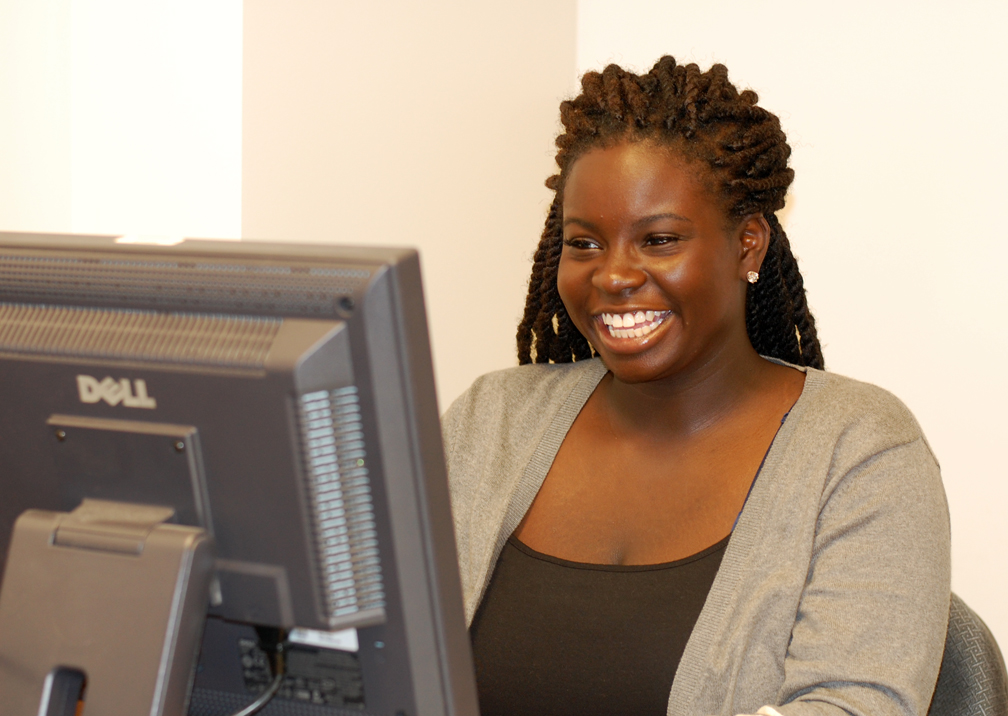 Paying her own way

One responsibility that Grace has taken on is paying her own way.

“I have seen for myself,” she says, “that what FAFSA says should be the family contribution just doesn’t match what a family can actually pay. I just couldn’t ask my parents to pay out of pocket for the balance of my expenses. They still have kids at home!”

As a consequence, Grace holds down three jobs.

All that keeps her schedule tight, and she admits that she has often wanted to attend an event on campus but couldn’t. “I have class. I’m meeting with a professor. I have to be at the Learning Hub.”

But there are 24 hours in the day, and for the most part, even though she is often tired, she does everything she considers important.

“That’s how I’ve been able to be the president of the Black Student Union, on the Alchemist Review staff, sing in Gospel Choir, work 30 hours a week to pay my bills AND make it on the Dean’s List!”

“The competition for both need- and merit-based scholarships is so high,” Grace says, “particularly at this time, so I feel a deep gratitude for the Blackburns’ generosity to the University and to me. The kindness of people like the Blackburns fuels me in my pursuits.”

Both Blackburns are alums. Barbara earned a master’s degree in English in 1981 and John a master’s in Educational Administration in 1989.

After many years working for Country Companies insurance (ultimately as CEO), in 2012, John was named president of Lincoln College in Lincoln, Illinois. He retired in 2015. Barb Blackburn manages Professional Software Consultants, a medical software company.

“We’ve had an unbelievably blessed life,” John Blackburn has said. Their scholarship to UIS is just one of the ways that the couple gives back.

What’s ahead for Grace

Grace will finish her degree in 2016. With a major in English and a double minor in African-American Studies and Communication, she will feel ready for anything.

“You can do so much with an English major,” Grace says. “I could go to law school. I could write for TV.”

She’s already proved her value in marketing, having spent the last four summers in Comcast’s marketing department in Chicago. “My background as an English major,” she says, “gave me the ability to create compelling narratives and persuade customers: Ten words for a billboard? What ten will get you to look at it and then go with Comcast?”

She especially appreciates how critically English has taught her to think. “In English, you state an argument and then support it. There’s no right or wrong answer. Instead, you have to say, Here’s my answer and here are the reasons why. English has pushed me and my ability to argue in ways that other disciplines couldn’t.”

Eventually she may go into teaching, but not yet. “If I can be Dr. Grace Latimore before I’m 28, which I’m on track to do, I think I’d be good! And then I would just up and do something else. Write for TV or work for a magazine.”

I think it’s safe to say Grace has many adventures ahead no matter what path she takes.

I’m an English major myself, and when Grace mentioned how much she enjoys reading African American authors, I just had to ask for her recommendations. Her answer? Junot Diaz, Danielle Evans, and Nayyirah Waheed.

There you go, readers!

We welcome your support in any amount to the John and Barb Blackburn Scholarship Fund.