Awards were presented Saturday, Feb. 18, at a luncheon that capped a 1 ½- day ICPA convention at the Doubletree Hotel Magnificent Mile in Chicago.

Erica Thomas of Springfield, Journal photographer, won first-place for a sports photo she took of two players in action during a UIS men’s soccer game.

Alex Camp of Chicago, former Journal columnist and assistant editor for sports, won second-place for a spring 2016 column describing his concerns about returning to Chicago after earning his bachelor’s degree. Camp, now a graduate student in the UIS Public Affairs Reporting Program, received an honorable mention for a headline he wrote in fall 2016: “Hell freezes over: Cubs win the pennant.”

AroAce student discusses her identity, her relationships, and the LGBT+ community.”

Burnett is a graduate student in the Public Affairs Reporting Program.

More than 30 college newspapers from throughout the state are members of the ICPA, which holds a convention each year with workshops and a keynote address by  professional journalists, and organizes the annual ICPA contest.

In the non-daily competition, The Journal competed against student newspapers from schools with enrollments of more than 4,000 students, including among others, DePaul, Columbia College, University of Chicago, SIU-Edwardsville, Bradley, Loyola, and the School of the Art Institute.

Professional journalists from different states served as judges for the 2016 ICPA competition.

UIS will honor employees for years of service in an annual recognition event in April.

Several employees of the Division of Student Affairs will be recognized for their years of service:

NASPA has selected a UIS application to participate in a “Culture of Respect Collective” sponsored by NASPA-Student Affairs Administrators in Higher Education.

NASPA describes the Collective, which includes campuses from across the country, as a ”comprehensive, evidence-based program to improve institutional efforts to prevent and respond to campus sexual violence.” More than 180 UIS students helped collect a record 14,085 pounds of food for the Central Illinois Foodbank on Halloween night in the annual “Trick-or-Treat for Canned Goods” event sponsored by the Volunteer and Civic Engagement Center.

A total of 181 students formed 18 teams that went door-to-door in several Springfield and Chatham neighborhoods collecting the canned goods.

Earlier this month, the teams canvassed the neighborhoods and distributed door hangers that explained the project. Collected items were returned and weighed on campus. Prizes were awarded to the teams that collected the most food.

Also this Halloween, the UIS Cox Children’s Center participated in the fun by having the center children in costume Trick-or-Treat for Canned Goods at campus departments. The children collected 365 pounds of food, which were donated to UIS Cares, a new food pantry on campus open to all UIS students in need. 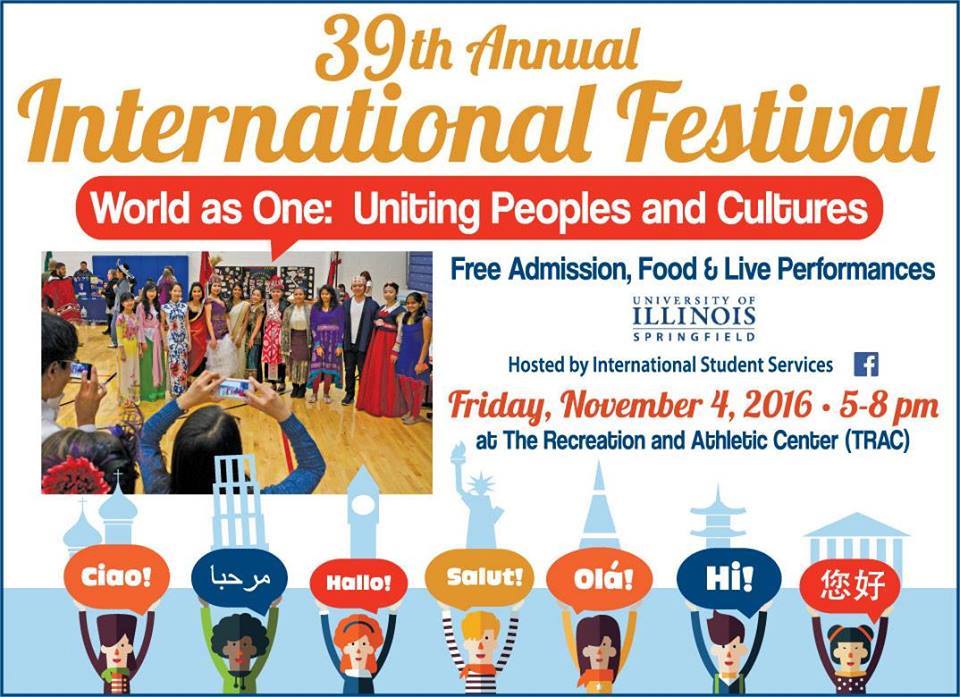 Exhibits, live performances, and a variety of cuisine highlighting cultures from around the world will be featured Nov. 4 at The Recreation and Athletic Center at UIS as part of the university’s 39th annual International Festival.

Hosted by UIS International Services, “World as One: Uniting Peoples and Cultures” will run from 5 p.m. to 8 p.m.  It is free and open to the public.

Hmong, China, India, Vietnam, Burma, Japan, Mexico and Kazakh, among other international areas, will be highlighted during the festival.

UIS students will be among festival performers.

The Free Application for Federal Student Aid, better known as FAFSA, for 2017-2018 is now available, according to the UIS Office of Financial Assistance.

Students previously filed for FAFSA starting Jan. 1; new rules now say Oct. 1. The earlier date is designed to allow families more time to get an accurate amount of how much money they’ll receive from the government.

UIS students are starting their 2016-2017 school year with service to others by registering for the eighth annual Service-A-Thon sponsored by the Volunteer and Civic Engagement Center.

About 130 students will volunteer with the Friday, Aug/ 26, event.

Among the activities students will be involved with are preparing items for resale at the Habitat for Humanity ReStore, cleaning and preparing apartments for new residents in MERCY Communities,

painting and landscaping for the Springfield Urban League, and harvesting and weeding at the UIS Community Garden. In addition, they’ll assist with clean-up and paint work at the Family Service Center,

Last week, first-year students at UIS also participated in a service project sponsored by the Volunteer and Civic Engagement Center.

Each year, the UIS Division of Student Affairs recognizes staff from across the division for exceptional achievements and acts of service. 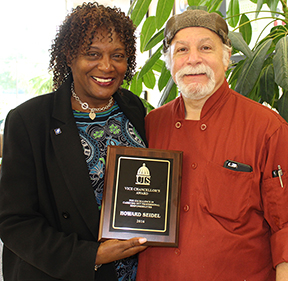 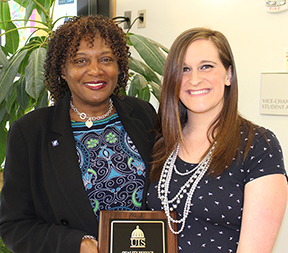 The Cox Children’s Center, UIS Food Service, Diversity Center, Campus Recreation, Student Work and Financial Assistance, and Admissions are among more than 20 centers and offices that comprise the Division of Student Affairs. The Indian Student Organization celebrated their Independence Day at UIS Monday, August 15, 2016.  Aman Tummala, President of the organization proceeded over the event.

Developed by Bluffstone Management of Davenport, Iowa, the new apartments are being marketed to UIS graduate students as well as students affiliated with Memorial Medical Center and St. John’s Hospital nursing programs and the Southern Illinois University School of Medicine, according to Brian Gustafson, the company’s director of operations.

“Though not a UIS project, this new living option will help revitalize downtown Springfield at the same time it provides an appealing housing option for our students,” UIS Chancellor Susan Koch has said.

Dr. Clarice Ford, interim Vice Chancellor for Student Affairs at UIS, said many graduate students have internships in downtown government buildings and are excited about the opportunity to live so close to where they’ll work.

In addition, Gustafson said the Villas Downtown Springfield will be a controlled access community, which means doors will remain locked at all times in order to ensure security.