November 12, 2015 / Marilyn Kok / Comments Off on A mother’s generosity inspires a memorial scholarship 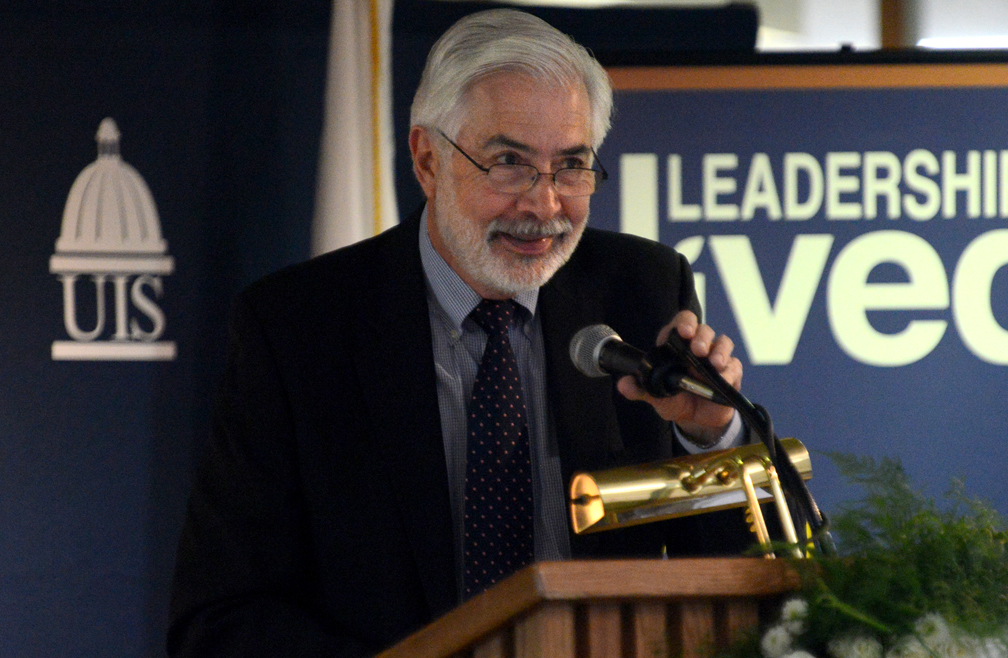 Dr. Burks Oakley II spoke at the 2015 UIS Scholarship Luncheon, representing donors. He has given an endowed scholarship fund to UIS in honor of his mother, Grace Brorström Oakley. These are his remarks:

My late mother, Grace Brorström Oakley, set a great example for me in giving to others.

She did so much for others in her lifetime, and one of her favorite sayings was, “The more I give, the more I get”—meaning that she found real personal fulfillment in seeing the impact of her giving on others.

My mother had an unwavering belief in the value of higher education.

She established four endowed scholarships at John Wood Community College in Quincy, Illinois, where she lived much of her adult life. And these scholarships are still being awarded now, more than 15 years after my mother’s death.

She was hospitalized for a few days several months before she died, and when I visited her at the hospital in Quincy, she introduced one of her nurses to me and proudly told me that this woman had received one of her scholarships for nursing students at John Wood Community College.

At that moment, I became acutely aware of how scholarships not only impact students, but also impact the world in which those students live.

I began working here on the UIS campus, and I had faculty appointments in several departments.

This combined my mother’s fundamental belief in the importance of public higher education with my own interests in online education at UIS.

One focus of my mother’s giving was on single mothers—maybe that was her highest priority in giving. So I targeted my scholarship to single mothers enrolled in an online degree program.

I was so pleased with the impact that this scholarship had in its first few years, that I endowed a second scholarship.

And with the three more scholarships that are being awarded here today, we now have awarded 23 Grace Brorström Oakley Scholarships at UIS.

Receiving thanks from students

As a scholarship donor, I especially enjoy receiving thank you letters from the students who have received my scholarships. I have saved these letters in a file, and I now would like to quote from several of them:

“This scholarship has lifted a tremendous financial burden for me. I am a single mother to three teens. Money is tight and tuition is expensive. It feels wonderful to know that there are kind people who are invested in my success.”

“I am a single mother to three children. My children are not only supportive of me furthering my education, but also they understand I am doing it for them. I have taught them to value education and understand where it will take them in their lives.”

“I am a mom to a ten-year-old boy, and by my studying hard and working towards my education goals, I’m teaching him the importance of setting goals and working hard, and that education is important.”

Even a small donation…

I’m sure that some of you have heard the phrase “Pay it Forward”—which to me means that when someone does a good deed for you, instead of paying them back, you pay it forward by doing a good deed for someone else.

So I would like to encourage you, the scholarship recipients, to begin to donate to UIS scholarships after you graduate—to “Pay it Forward,” so to speak—to repay the generosity of the generations of donors that have gone before you. Even a small donation to the annual scholarship fund will have an impact over time.

I attended the annual meeting of the University of Illinois Foundation in Urbana last month, and they recognized four individuals who had donated to the University for more than fifty consecutive years.

What a great example they have set for all of us! 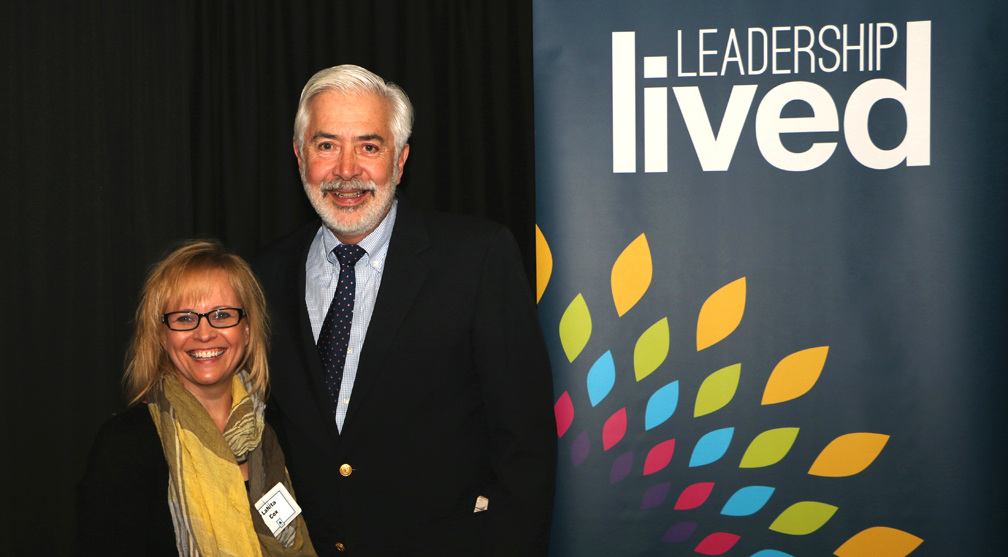 LaNita Cox, a UIS student who takes classes online, came from Alabama to attend the luncheon. She is pictured here with Dr. Oakley, whose recipients–all online students–were unable to attend.

A positive impact on future success

Thank you very much for inviting me to speak on behalf of the scholarship donors.

I would like to thank all of the scholarship donors for their generosity, and for their investment in these outstanding young men and women who are receiving their scholarships.

I hope that as donors, you all have the same wonderful feeling that I do when I think about the positive impact that my philanthropy is having on so many students.

To the scholarship recipients: