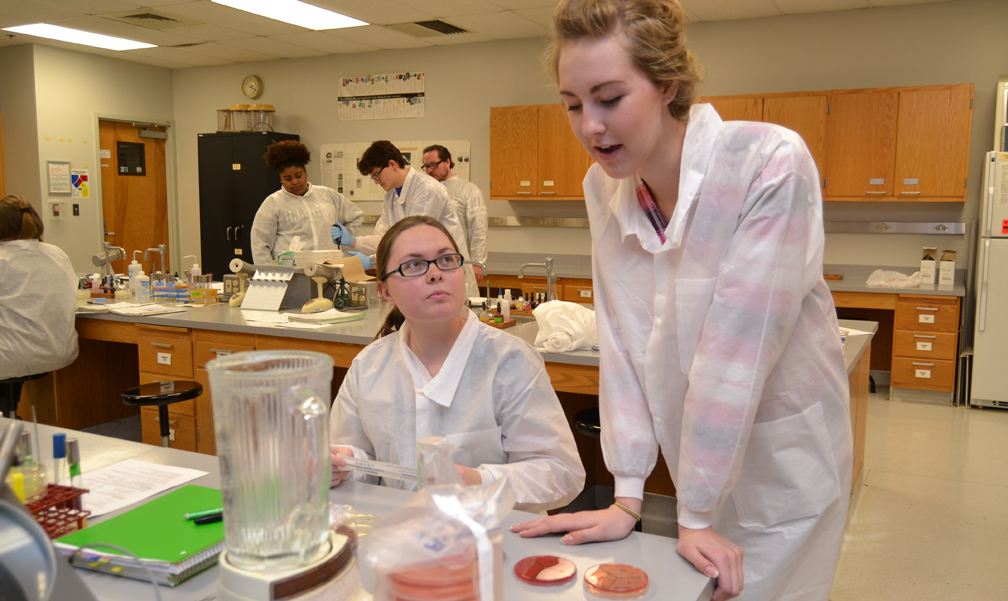 In fact, it was during that lab that Taylor discovered laboratory science would become her career.

“I love the lab!” Taylor says.

Highly skilled scientists who work in the medical field

Taylor had decided to work in a lab, but she still had no idea exactly what kind of work she would do.

“So I got online to investigate careers involving the lab,” she says, “and Clinical Laboratory Science came up.”

A CLS major becomes a highly skilled lab scientist who analyzes samples to detect the presence or absence of disease, producing results that help doctors know how best to treat patients.

That’s it, Taylor decided, and she found a list of colleges that offered a CLS major.

And there it was—UIS in Springfield, Illinois.

A family connection to UIS

But having decided where to go for college, a much bigger, more challenging question remained….

How would Taylor pay for college?

Taylor’s parents told her they would help with the cost of college as long as Taylor got good grades and treated school as her job, but Taylor knew it was very important that she do as much as possible to keep their contribution low.

Attending UIS meant she could live with her father and stepmother and that would cut down on costs.

Unfortunately, working hours and hours while attending college wasn’t an option, not with a CLS major.

Given the demanding nature of a CLS degree, Taylor knew she would need to focus instead on academics—especially during her junior and senior years when she began taking mostly CLS classes and had to spend long hours getting clinical experience.

“Even a part-time job is not recommended,” Taylor says.

She hated the thought of loans, and so Taylor applied for and received scholarships, even while in high school. Based on her high school GPA and her ACT scores, she also qualified for the Lincoln Merit Scholarship at UIS.

The Edith B. Terril Memorial Scholarship

As a freshman, Taylor received the Edith B. Terril Memorial Scholarship, funded by Joe Terril, a St. Louis businessman who earned a BA from UIS (then Sangamon State University) in Economics. This scholarship honors Mr. Terril’s mother.

She also received the Health Professions Scholarship her first year, established by a grant from the Central Illinois Consortium for Health Manpower Education.

One of Mary’s initiatives  during her tenure as president of the AAUW was an “Expand Your Horizons” conference encouraging middle school girls to study math, science and technology.

How appropriate that Taylor, a science major, has received Mary’s scholarship!

Taylor was able to meet Mary at the 2015 Scholarship Luncheon. “She was a lot of fun to talk to,” Taylor says. “She cares so much about what she does for AAUW, which is not just about scholarships. Most of all, her personality is really outgoing and fun.” 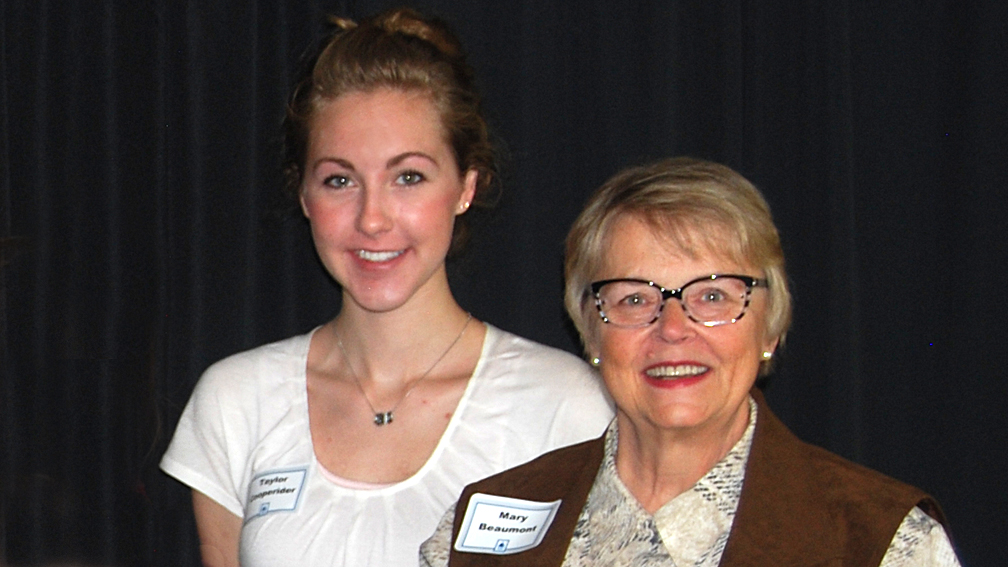 Taylor Cooperider and Mary Beaumont at the 2015 Scholarship Luncheon.

Taylor’s plans for the future

There’s little doubt Taylor will get a job after graduation.

One of the most under-recognized health professions, CLS is nevertheless vital to our health system, and the profession is growing. The US Bureau of Labor Statistics reports that CLS is anticipated to have a 22% increase in employment from now until 2022. The job placement of UIS grads is particularly good— 100% over the last three years.

What a great decision Taylor made that day in her Biology II lab.

Even better, thanks to her own hard work, her parents’ help and scholarship donors like Joe Terril and the Springfield AAUW, when Taylor walks into a lab on her first day as a professional, she will do so debt free. A bright future indeed!