September 21, 2015 / Marilyn Kok / Comments Off on How an Unexpected Choice Paid Off Big for Colin Blaydes 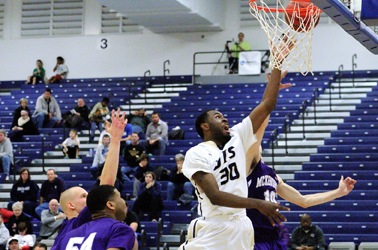 Colin Blaydes was running out of time.

Colin, a basketball player, had recently finished  two years at a community college.

It was time to decide where he would go to finish his degree and complete his last two years of eligibility.

Colleges in Wisconsin, Indiana, Missouri and even as far away as North Carolina had offered him scholarships, with the best offer coming from a university in Iowa—close to a full ride for his last two years of college.

The Iowa coach wanted an answer.

“We have this nice deal for you,” Colin remembers the coach saying. “If you’re not coming, I need to know so that I can give it to someone else.”

Colin wanted to attend the University of Illinois Springfield, and he was still hoping Coach Walker, new to UIS, would offer him a place on the team.

No scholarship for Colin

Unfortunately, Coach Walker did not have a scholarship to offer Colin.

“It always depends on what a university needs,” Colin says, shrugging his shoulders, “but I still wanted UIS.”

Just hours before the Iowa coach’s deadline, UIS’ Coach Walker called Colin and offered him a place on the team as a walk-on.

“A few hours later,” Colin says, “and I would have already committed to Iowa.”

At UIS, Colin would have the same rigorous practice schedule as students with scholarships, the same requirements for service, the same strict demands to keep his grades up—but no scholarship support.

Even so, with his father’s approval (“UIS is a good school,” he said), Colin accepted Coach Walker’s offer.

What student turns down good money for no money?

Colin can tell you. He plans to become a police officer like his father, so when he choosing a 4-year college, Colin wanted:

“At UIS, they are also building the basketball program, with better and better teams,” he adds. “I wanted to be part of that, especially because UIS plays in such a great conference.”

Just how good is the Great Lakes Valley Conference, which UIS joined a few years back? Last year, Colin points out, five teams from the conference went to the NCAA Tournament.

So, sure, Colin’s choice was unexpected, but he was certain it would turn out to be the right choice.

And in the end, he says it was.

Getting a scholarship the old-fashioned way

To pay for his junior year, Colin took out loans and worked at two jobs during the summer to meet additional expenses.

Throughout the school year, Colin knew that if he just worked hard enough, he’d be able to earn a scholarship for the next year.

And that’s exactly how it worked out.

This year, Colin received the Humphrey Scholarship, created by two friends of UIS who have been deeply committed to student-athletes like Colin.

Now deceased and greatly missed, he was recognized in 2002 with the Distinguished Service Award from the University of Illinois Alumni Association.

Lynda Humphrey continues her commitment to UIS, especially through the family’s endowed scholarships, including this scholarship for student-athletes.

Colin will enjoy meeting Lynda and her daughter, Cathy Padgett, at the UIS Scholarship Luncheon in October, and I know they will be pleased to know their scholarship is supporting such a hard-working student.

He says, “I chose this university because getting a degree from the University of Illinois is an opportunity I refused to pass on.”

Once here, he found more reasons to be glad of his choice: “The people I’ve met, my coaches (I like the entire coaching staff), being able to stay close to home, I’m glad for all those reasons that I came to UIS.”

With a UIS criminal justice degree, he also has no doubts that his future as a police officer is secure.

“To be a cop in Chicago, you honestly don’t have to go to college,” he says, “but it helps a lot if you come in with a degree.”

Best of all, thanks to his hard work, this year Colin also has the Humphrey Scholarship.

“I appreciate the scholarship,” Colin says, “because it is allowing me to pay for my education without taking out even more loans and because it’s another reminder that working hard pays off in the long run.”

Taken together, all those sound like a big payoff for his unconventional choice, wouldn’t you agree?

We welcome your support in any amount to the Howard C. and Lynda Y. Scholarship Fund.

The big question of WHY?