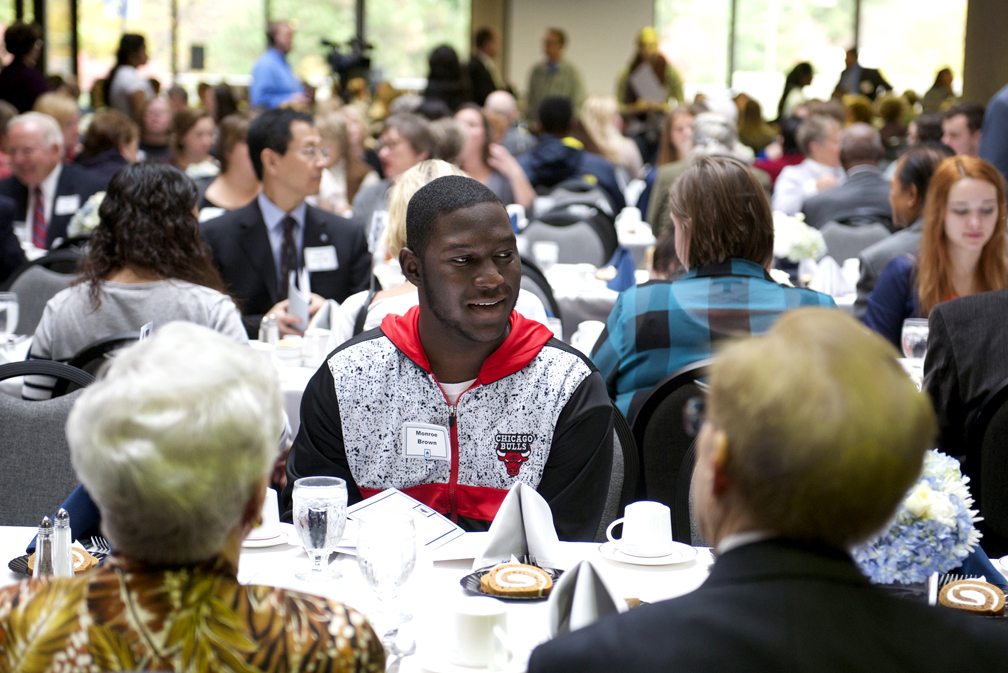 Around the Office of Advancement, we call it “our most beloved event” because it is so gratifying for us to watch donors meet, face-to-face, the person who is benefitting from their gift and to see the gratitude in students’ eyes.

Springfield residents Elizabeth and Herb Denniss have been extremely generous to UIS. They have designated two bequests in their estate plans for UIS:

You’ve probably heard that UIS has partnered with the University of Illinois at Chicago College of Nursing to bring a nursing program to UIS.

But perhaps you do not know that UIS offered a nursing program in the past, from Fall 1973 to Fall 1999. Elizabeth Denniss is one of our most illustrious nursing graduates from that earlier time.

After earning an LPN from a school in Michigan and an RN from Lincoln Land, Elizabeth earned a Bachelor of Science in Nursing (BSN) from UIS (then Sangamon State) in 1985.

She then earned two master’s degrees from U of I Chicago’s nursing program in Peoria and became (along with another nurse, Sandy Hudgins-Brewer) Springfield’s first Family Nurse Practitioner.

Elizabeth later taught basic clinical skills at the SIU medical school. She has retired now from working in the Emergency Department at St. John’s Hospital as a Family Nurse Practitioner with Emergency Consultants, Inc.

I mentioned the Dennisses’ two bequests.

Bequests are among the most important charitable gifts that donors can make, a wonderful way to make philanthropic wishes come true, and I know Elizabeth and Herb enjoy thinking about the legacy they will have at UIS.

However…a bequest does not allow donors to see the result of their gift.

So, as many other donors have before them, Elizabeth and Herb also gave a current-use scholarship—a scholarship that is given right now to a recipient they can meet.

Here’s her picture with the Dennisses. 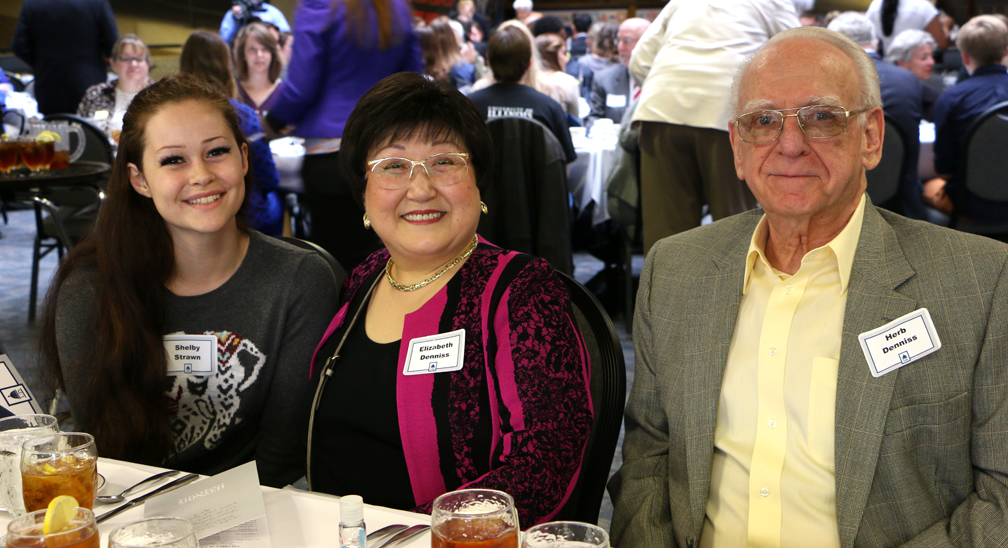 Shelby is a Springfield resident who is just starting out on her nursing degree. Shelby’s grandmother, who has had a big role in her life, is a nurse, and Shelby has always admired her.

“If my brother got hurt, she knew exactly what to do,” Shelby says. “I thought it was really cool—knowing exactly what you are supposed to do.”

Shelby is paying her own way through college, using savings and financial aid. She recently had to take out her first loan, so she is extremely grateful for the Dennisses’ scholarship.

Meeting the Dennisses was the highlight of the scholarship luncheon for Shelby: “I didn’t have a chance to talk much with Herb, but I loved Elizabeth. I want her to be my mentor, and she said she was going to be. She asked me about nursing, but she also asked me about myself and who I am. I really liked that.”

Elizabeth’s first piece of advice as Shelby’s mentor? That Shelby take her time deciding on what kind of nursing to focus on.

“She’s young and seemed to think she needed to have an idea of what she wanted to do,” Elizabeth said. “I told her, ‘Just let your imagination flow. There are so many aspects to nursing. You may start out liking one thing and end up doing something else.'”

The friendship that began at the Scholarship Luncheon will not end there. Shelby sent Elizabeth and Herb a card after the luncheon, and Elizabeth sent Shelby one of her hand-crafted cards: “It was beautiful,” Shelby says. They have also exchanged phone numbers and have texted each other.

Special relationships like this are another reason why we consider the Scholarship Luncheon such a “beloved” event. Donors and students, I hope you will all be able to come next fall!

Here are some more pictures from the event: 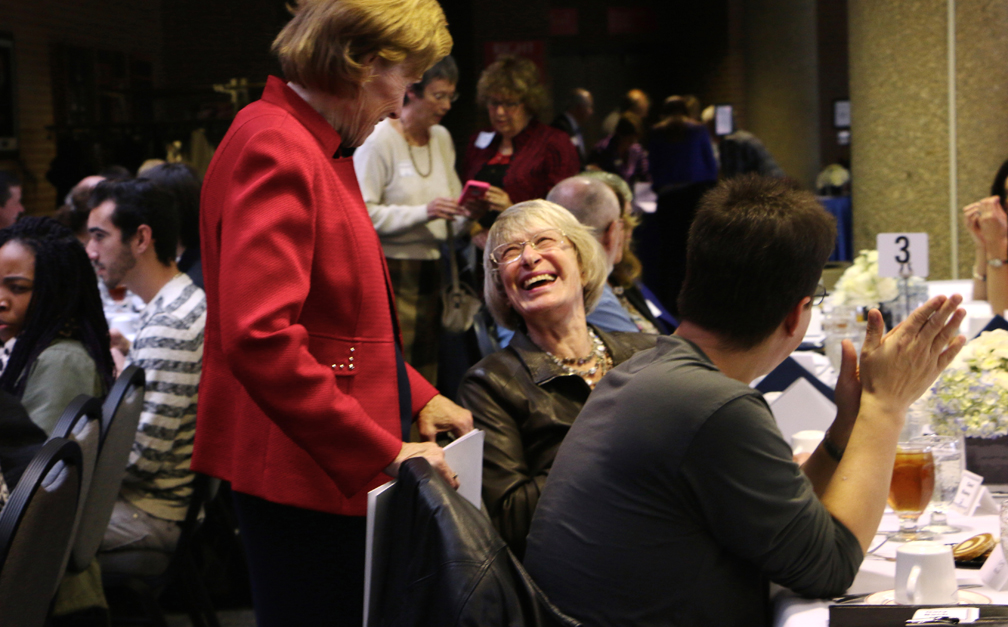